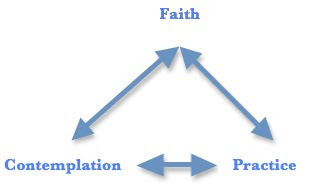 Posted by North Shore Meditation and Dharma Center at Monday, September 21, 2009 No comments: